A fine artist and commercial illustrator since 1996, Jason has shown his paintings in galleries, as well as worked for advertising, editorial, packaging and book publishing clients internationally. He is primarily a traditional artist, painting in acrylic on wood panel and watercolour paper, but also works digitally when the assignment calls for it. His style can be referred to as “ideal realism”, and usually emphasizes the figure with high contrast and saturated colors. He is often inspired by the world of pop culture, adding his personal spin to characters and subjects from movies, comic books, toys and retro style advertising. Movie poster design is Jason’s personal specialty, and he has developed a unique technique that mixes traditional painting with digital color separation that has pushed the medium of screen printing, expanding what is possible with color and detail, ultimately inspiring experimentation by many of his peers. 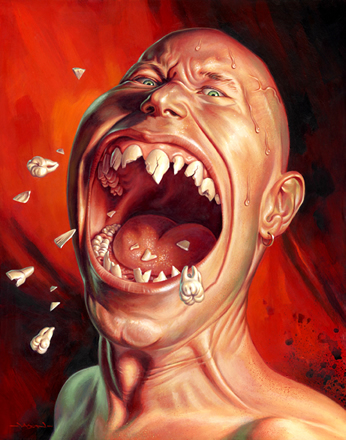